Good food isn’t the same as authentic food. Anything that tastes reasonably good and is fun to eat is “good food”. But to qualify as ‘authentic’ is considerably harder; the food needs to stay true to its origins, steering clear of the competitive pressure to dilute its taste, in order to appeal to a larger audience. Eating at these places is the cheapest, easiest and most enjoyable way of understanding and appreciating a culture. The market makes sure that these authentic restaurants are harder to find, but it’s usually worth it. The entirety of my food journey is basically me trying to find these places, and the purpose of this blog is to share a few things I’ve learnt, and the authentic restaurants I’ve found along the way.

Recently, I came to realise that I had been eating out and choosing places according to a few rules I had in my head. Inspired by Tyler Cowen, I’ve attempted to put each of these rules down in a few lines.

You’re most likely to find authentic food at the cheapest joints (think street food, mom & pops, and refugee-run hole in the walls) and the most expensive places (think Japanese chefs being flown in by your local five-star hotel, or fancy gourmet restaurants opened by rich kids who went to culinary school in Italy). So, clearly, the easiest way then to avoid average food is to prevent yourself from getting duped into paying a reasonable sounding amount for average inauthentic food. Unsurprisingly, most franchised restaurants and fast-food chains, which are mass market by definition, fall in this category too.

Corollary: Stay Away from Zomato Gold

In the last year, Zomato Gold and Dineout Gourmet Passport have become quite popular. Both of them are membership-based services which give members access to offers like 2+2 on drinks and 1+1 on food at “partner restaurants”. Almost all of these are otherwise pricey restaurants which failed to make a mark. These offers slightly tip the scale and make them cheap enough for eating there to be just worth it. For Zomato, it makes sense since there are way too many restaurants fitting the description; and if you go out more than a handful of times a year, it’ll make sense for you too. The food will be between “okay” and “good” but if you’re looking for something authentic, you are most likely to be disappointed.

Just like all other services, authentic food is affected by market forces too. To find better supply, follow the demand. Go to the places where those who would frequently want such authentic food live in reasonably high concentrations. Depending on where you live, they may be called ghettos, “pockets”,  “occupations”, “colonies”, or something similar. In these areas, the food will usually be sold by those living there, for those living there. This enables better than ever feedback loops and ensures that the food stays true to its roots. Of course, this will usually only work for cheaper authentic food that which is sold and consumed by minorities, refugees, and other marginalised communities.

Restaurants which serve authentic food usually sell it exclusively. Maybe they know their strengths and choose to focus on it, or maybe they make enough money selling one cuisine to not need to diversify, I’m not exactly sure. While talking about a restaurant, or getting a recommendation, ask the person what food they serve. If they seem to be confused, take more than a second, or need more than 1-2 words to answer, don’t go there. These include oriental restaurants which will have everything remotely East or South East Asian on their menu. Another similar bunch is continental restaurants, and they’ll usually serve anything and everything remotely European. Just like the Zomato Gold breed of restaurants, it’ll be a good deal and the food won’t be particularly bad, but if you’re looking for something real, these places won’t cut it.

Food is one of the things where the innovation cycle is really slow. Barring ‘fusion cuisine’ and a few other exceptions, most of the best dishes will be the oldest, and naturally, the most authentic. These dishes will usually be made by recipes, generally culturally known, for hundreds of years. Sometimes restaurants will grow around a few specialty food items, which they claim are made following secret age-old family recipes that are passed down through the generations. Unless you figure out that they’re bluffing, those dishes won’t disappoint.

The “Lindy Effect” is a heuristic popularized by Nassim Taleb, according to which the life-expectancy of non-perishables (ideas, institutions, etc.) is directly and positively linked to its current age. Simply put, in the absence of any other information, if something has been around for X years, it can reasonably be expected to stay around for another X  years. The restaurant business is an expensive and very competitive one, so if a restaurant has survived & passed the test of time, that means something. When choosing between two similar seeming restaurants, and where none of the aforementioned heuristics help you conclusively make a choice, just go to the older one.

I’ve been living in Delhi for the past few years, and have used these heuristics countless times. I’ll next put up a short post summarising my preliminary conclusions.

This blog is for you if you don’t care about a restaurant’s ambience, if you’re willing to walk into a few shady gullies, or if you don’t mind getting your hands dirty in the search for some authentic food.

If you have any restaurant recommendations, requests for reviews, or want to suggest another rule I should test and follow, feel free to get in touch.

Thanks to Aamer Shah, Rajsi Rajora and Saachi Agrawal for reviewing drafts of this post. 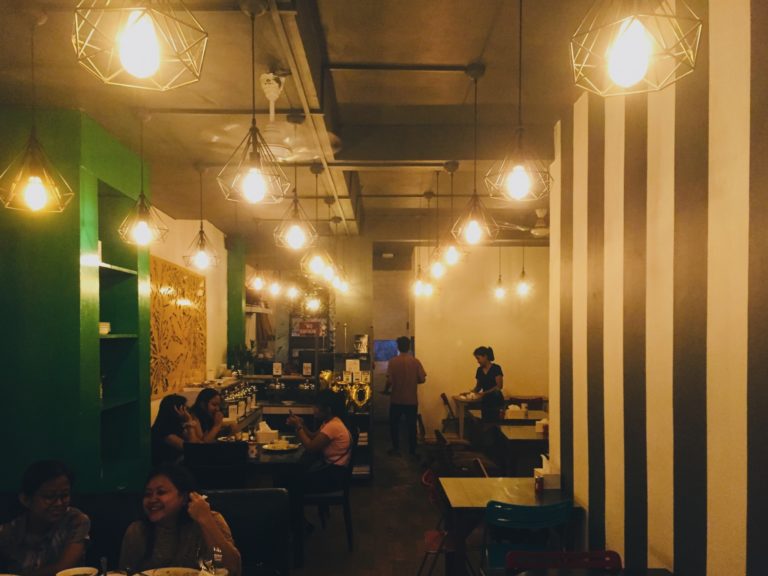 My Intro to Manipuri cuisine. It’s one of the more happening places in Humayunpur (Safdarjung) and fulfills most of my rules. However, I had the first Manipuri meal of my life here and…

It’s part of the Karnataka Sangha which also houses an art gallery, a handloom shop and an auditorium(?). Compared to other authentic restaurants, it’s quite popular, almost always crowded, and a relatively risk-free…

Neil Shroff
—
How to Find Authentic Food
Share this