Before moving to Delhi for college, I spent a large part of my childhood in Gujarat, where there is a Parsi population larger than almost other states of India. I never heard of there being a lot of Parsis in Delhi, and naturally never expected to find great Parsi food here.

But when a Parsi friend, who happens to be a big foodie, tells you he loves the Parsi food at Rustom’s in Delhi, you just have to go. Turns out, it’s a small restaurant in this middle of a Parsi Anjuman Dharamshala (guesthouse), right next to what might be Delhi’s most famous agiyari (fire temple). Surrounded by Parsis who’d know their food, it had to be a pretty good bet for finding authentic Parsi food in Delhi, and it was.

Prices are a little steep, but portions are huge too. Wanted to try the most number of things, so we got two thalis (they’ll mix and match the meat in the non-veg Thali’s if you ask). The only point at which the price really stung me is paying upwards of Rs. 150 for the raspberry soda, which I was used to paying Rs.25 for in Parsi cafes in Bombay. 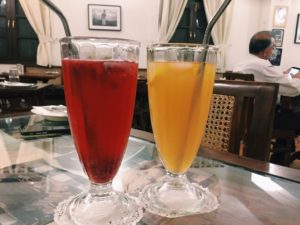 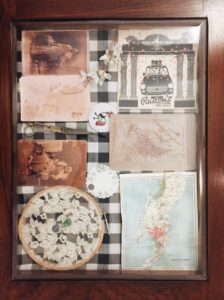 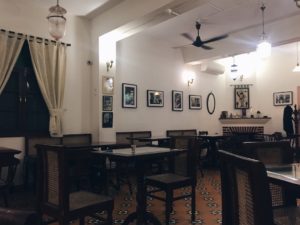 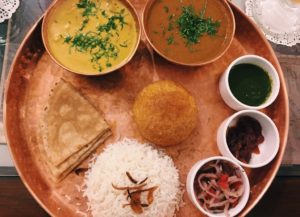 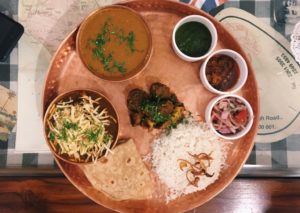 I’ve previously talked about how one of Delhi’s advantages is that every State maintains a statutory office here, where more often than not you can find authentic food. Kerala House is one of…

Named after a noodle soup which is generally known as the national dish of Myanmar, its a cute little place in Humayunpur, near Safdarjung. They serve only five dishes (other than the multiple…